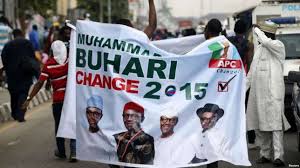 On March 28th, the opposition defeated the ruling party in democratic presidential election for the first time in Nigerian history. Muhammadu Buhari, the former General of Nigeria in the early 80’s was elected as the next president. He defeated the present president Goodluck Jonathan. It was a meaningful thing because it was the first regime change conducted in a peaceful way in Nigeria, the most populous country and biggest economy in Africa.

The election had been delayed by six weeks because of the insurgency to the polling station by Boko Haram and there were several technical difficulties of the electronic card reader. Although there were some problems, International observers have praised Nigeria’s elections.

“The voting had been largely peaceful and orderly”, UN Secretary General Ban Ki-moon said in his statement. He said that the conduct of the election was a testament to Nigeria’s democratic spirit. He also praised President Goodluck Jonathan for upholding democracy and he expressed the hope that the democratic spirit would be sustained in future polls.

Guardian said the current issues in Nigeria and Buhari’s career background interacted with each other. Nigeria is trying to crush Boko Haram and his record as Nigeria’s military ruler in the early 80’s made the voters believe him as a leader to crush Boko Haram. Guardian says that Nigeria’s strong desire to eradicate corruption among politicians was also the main issue in the election. Buhari’s reputation as “an incorruptible politician who lives modestly” made him credible. Guardian said this election was a revolutionary change.

Meanwhile, the Washington-based Movement for Buhari-Osinbajo has congratulated Nigerians on the successful President-election.

In a statement, group pledged its support to the new Buhari administration and expressed the hope that the administration would fulfill the promises made to the electorate.

While praising the Independent National Electoral Commission (INEC) for the conduct of fair election process, the organization noted that INEC was able to deal some troubles and military threats with stellar precision and performance.

The election was also hailed by most of international observers and world media. However, Nigerians should not rely on the successful result. They have the duty to keep watching the president, understanding that ultimately power belongs to the people who have the power to change the regime. There are high expectations to the next president and Buhari should keep in mind that his power is not just given for free.