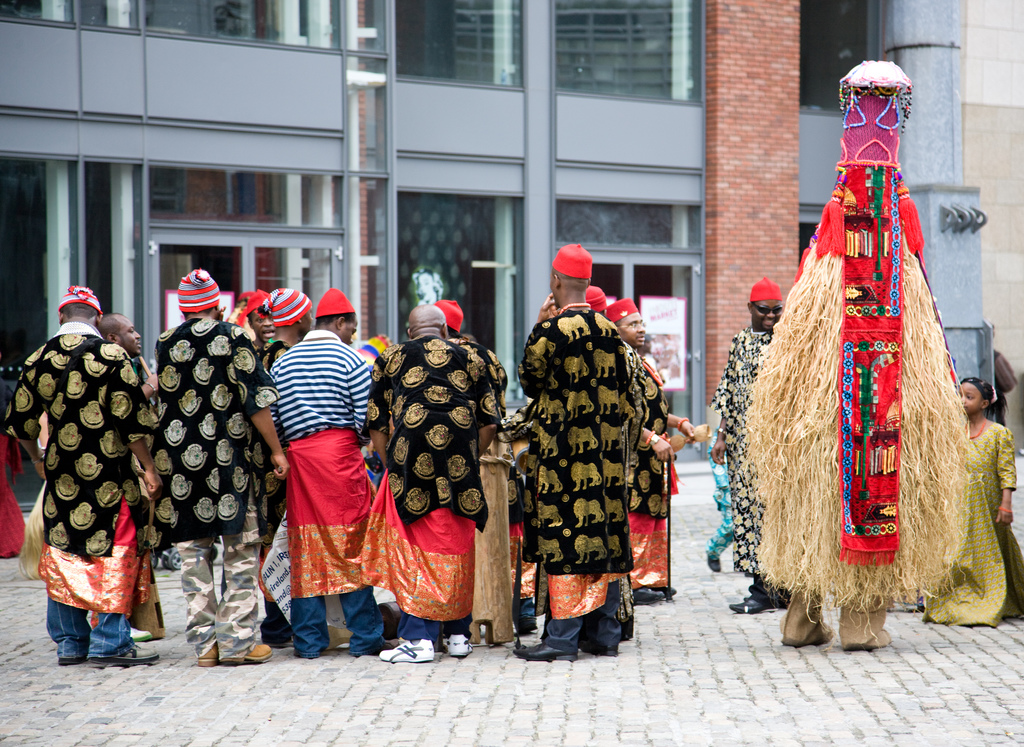 In 1998, 2003, and 2007 during the national conventions of Nigeria’s ruling Peoples Democratic Party (PDP) where the party selected its presidential candidate; a qualified Igbo candidate was called names “bloody Biafran”, “Igbos cannot be trusted” and another disqualified because he has “Igbo blood” respectively. They jettisoned logic, reason and reflective thought in favor of wishful thinking in the service of an extreme tribal political ideology. How on earth can anyone in Nigeria say that Igbo people are not trustworthy when the opposite is the case? They appeal to the heart rather than the cerebrum. They are beyond adjectives. They have mendaciously foisted this myth upon the Nigerian public.

The facts still remain that Igbos are the most open minded, tolerant and versatile people and prone to trusting other ethnic groups easily. For those inclined to forget, it’s worth remembering that the Igbos (people from South East of Nigeria) have done more than any other ethnic group to the economic and educational development of all the big cities in Nigeria viz; Lagos, Ibadan, Port Harcourt, Calabar, Abuja, Jos, Kano, Kaduna, Makurdi, Maiduguri, Sokoto, big cities in Igbo area not included here etc….with homes, residential properties, colleges and businesses everywhere in Nigeria. Check it out…I am not making up the stuff. Igbos are the main investors in Nigeria. When these cities were being developed, Igbos and Yorubas (Nigerians of South West extraction) were desperately needed just like doctors are always important and urgently desired when pain is intense. But they are rarely objects of their patients’ affection. The hatred of Igbo people and southern Christians remain palpable. This false stance cries to high heavens and we should simply swat the myth away as an irritable fly. To disregard the enormous weight of all this evidence is bizarre and lunatic. So, for the northern oligarchy to complain about President Jonathan Goodluck, demonizing their past contributions to the Nigerian development is mildly amusing at best and certainly not worthy of being discussed.

When you express an opinion, it is supposed to be backed with factual evidence, not fiction. Anyway, to argue with a person who has renounced the use of reason is like administering medicine to the dead. Could someone tell me another reason for this particular eddy of thinking, if not for their (Northern Nigeria) perceived strength in number (population)? I must say that it was an extraordinary achievement of a relatively small, Hausa-Fulani, to persuade the entire Nigeria that they are more in number. They parroted the patently-misleading colonial government narrative that has since been debunked. Problem is, those numerical numbers of their population only existed in the minds of those spinning the facts.

These are the facts:

A relatively small minority of Nigerians whose voice is disproportionately amplified has defied the will of the majority.

Regarding alleged push for President Goodluck to be a Muslim or resign….my jaw dropped. It turns out that the Hausa-Fulani oligarchy aren’t really poker players…they just say it. All that is ever required is for the party of reason and on the side of the angels to fight back. Bullies always get away with their nonsense if nobody opposes them. One of the greatest achievements of President J. Goodluck is the decentralizing of the Nigerian Armed Forces. Most policy analysts (including yours truly) suggested that and it was taken. Now, no tribe will wake up one day and use the barrel of guns to take over the Nigerian federal government. Democracy is messy but we will get there.

Most of us feel that a Nigerian citizen should be a citizen everywhere in Nigeria where he or she feels like living and raising kids without fear. It is despicable when some ‘tribal’ minded politicians resort to the tactic of fear. In a democracy, anybody should be able to grow and be President irrespective of tribal affiliation…he/she can be a Yoruba, Igbo, Hausa-Fulani, Idoma, Ijaw, Tiv, Ibibio, Efik, Kanuri etc. It should not matter.

Those incidents showed the visceral levels of paranoia and delusion about Igbos and Christian southerners that are driving politics in Nigeria. The Hausa-Fulani oligarchy is insane with power, arrogance, haughty indifference and false conviction of utter superiority. Now is the time to stand up to the vicious smear mongers. They had their way for too long. They just need to stop thrashing around frantically trying to reverse progress. Nobody has ever succeeded at reversing time and they are not going to be the first. They are driven by tribalism, religion and emotion and cannot imagine the change coming. They had played this little game of divide and conquer of Christians in the Middle Belt and in the south. The bad news is that the traditional mechanisms for promoting those divisions are running out, as they continue to lose the battle for hearts and minds.

I am sick and tired of other Christian southerners and Igbos who have not only become a pushover, but an easy target to be preyed upon time and again. There are no consequences for the Hausa-Fulani bad behavior and they know it so they become more intransigent and bold. There is no counter force to their actions which is why nothing is happening in Nigeria, where unemployment hovers around 25%. Those in power are morally obliged to preference the needs of the poor. With the cowering Christian southerners’ rubber stamping their policies, the Nigeria people lose every time. We do need elected officials to make a stand and fight for the people.