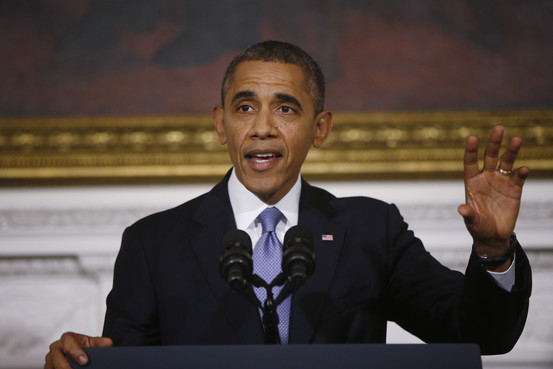 The Obama administration’s aggressive war on leaks and other efforts to control information are without precedent, according to 30 experienced Washington journalists interviewed for a new report released by the Committee to Protect Journalists. The report found that despite President Barack Obama’s promise to head the most open government in American history, White House policies have chilled the conversation between journalists and their sources.

The report-“The Obama Administration and the Press: Leak investigations and surveillance in post-9/11 America,” which is written by Leonard Downie Jr., former Washington Post executive editor and now the Weil Family Professor of Journalism at Arizona State University’s Walter Cronkite School of Journalism and Mass Communication-found that the administration’s prosecution of suspected leakers, combined with broad electronic surveillance programs, have left government officials deeply wary of talking to the press.

“President Obama is faced with many challenges during his remaining years in office, the outcome of which will help shape his legacy. Among them is fulfilling his very first promise-to make his administration the most transparent in American history,” Downie writes in the report. “Whether he succeeds could have a lasting impact on U.S. government accountability and on the standing of America as an international example of press freedom.”

The report describes how the government has conducted more than twice as many criminal prosecutions for alleged leaks of classified information than all the previous administrations combined. It examines the “Insider Threat Program,” which requires federal employees to monitor the behavior of their colleagues, and also details the use of secret subpoenas to monitor journalists’ electronic communications. It points out that the White House has gone to unprecedented lengths to control its message, including the manipulative use of administration-controlled media to avoid scrutiny by the press.

Based on the determination that current U.S. government policies “thwart a free and open discussion necessary to a democracy,” CPJ made a series of recommendations that accompany the report. CPJ called on the Obama administration to “affirm and guarantee that journalists will not be at legal risk or prosecuted for receiving confidential and/or classified information” and “be more forthcoming about the scope and nature of the National Security Agency and other surveillance activities as they are being applied to domestic and international journalists,” among others. The recommendations were sent to President Obama in a letter from CPJ Chairman Sandra Mims Rowe and Executive Director Joel Simon.