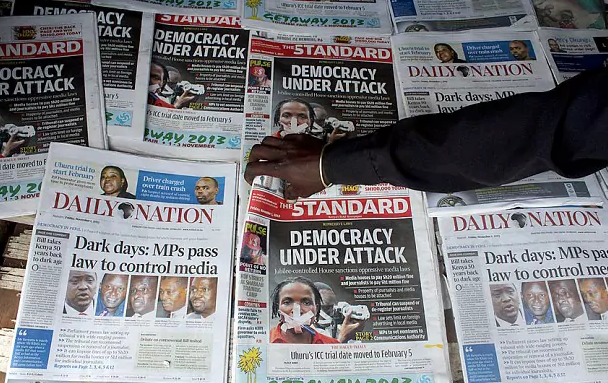 As is the case in many sectors, the Coronavirus pandemic has revealed further the continuing challenges facing journalists and journalism. For decades, media effects research has been concerned with the consequences of media use experienced by the individual message recipient or audience member. To this day, media scholars and practitioners continue to question the influence of the mass media on public opinion and notably political communication. The inability of the media to predict the election of Donald Trump in 2016 was a significant failure. Before that was the misinformation campaign that led to the disastrous war in Iraq in 2003 that led New York Times to issue an extraordinary mea culpa over its coverage of Iraq and admitted it had been misled about the presence of weapons of mass destruction by sources including the controversial Iraqi leader Ahmad Chalabi. Other news organizations expressed some kind of epiphany on their coverage of events leading up to the war by the Bush administration. The media coverage of the once in a century pandemic and the abysmal failure to figure out how to hold President Donald Trump accountable to the American people and the world at large marks yet another evidence of a disappointing performance of the media.

Since the past four years, the media and other institutions of democracy and the administrative agencies have witnessed unexpected vitriol or confrontation with President Trump. The adversarial relationship between Trump and the media took a historic level in August 2018 drawing an unprecedented 350 publications in the US to denounce the 45th president of the US for calling the “media the enemy of the people.” Amid the widely criticized response of the Trump administration to the Coronavirus pandemic, the president once more exploited the health scare to ensnare journalists to the White House for a daily punch at the news media.
In one of the episodes, Peter Alexander of NBC News was shown in one of the briefings exasperated as the president attacked him instead of answering his question. Instances like these are too many to recount and attracted many media practitioners and pundits to urge a boycott of the daily briefings. Such frustrations may have led Andy Lack, chairman of NBC News and MSNBC to proclaim, “journalism is under attack from coronavirus and the White House” and believes that the media is winning.

The mindset about winners and losers is the exact reason for the extreme polarization in the polity; the zero sum game; and regrettably Trump is a master of wining with little regards for ethics, decorum, and convention. In my piece in 2018 entitled “Trump vs. News Media: A war neither party will win?” I argued that framing the coverage of the unorthodox presidency, as war was a wrong approach. I still hold the view that journalists must change their approach to reporting on Trump.
Obviously, Trump understands his limitations and Public opprobrium better than anyone and has nothing to lose in engaging in a fight with anyone or any institution. Acutely aware of the public dislike of his character flaws and bizarre behavior, fighting and cursing become his first impulses and at this point it should be understandable to everyone that he will not change or incapable of changing. He is honest enough not to hide his personality like traditional politicians do. With all the attacks from all corners, including Washington Posts tally of President Trump’s 16,241 false or misleading claims in his presidency, the president maintains an approval rating of 45% just like his predecessors at this stage of their presidencies. With constant onslaught from the media, he is still standing and probably more popular than the news media. So, why should he change? It is actually those fighting him that should change strategy. The news media must retool and readjust its approach because its current trajectory signals a bruised democratic institution that merely barks but can’t bite enough to bring down any target. The imagined power of the media to influence public opinion is almost gone. 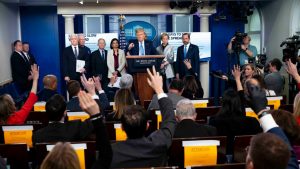 Unfortunately, the news media is playing to Trump’s tunes. He enjoys the fact that he is able to drive the news cycle to satisfy his well-noted ego and narcissism. As Margret Sullivan, the Media Columnist at the Washington Post writes ‘for nearly five years, the story has been Trump. And, in all that time, the press is still — mostly — covering him on the terms he dictates. We remain mesmerized, providing far too much attention to the daily circus he provides.”

Admittedly, reporting Trump in a fragmented media sphere is challenging because of the office he occupies. It is difficult to separate the person of Donald Trump and the office of the presidency. For example, how could any reporter worth his or her education and training not jump to headline a story of a president suggesting the injecting of disinfectant to cure Coronavirus? It is the best definition of Journalism 101: ” if a dog bites a man, its not news; but when a man bites a dog, it’s the news.” Oddities make news and Trump’s suggestion is bizarre and of course big news. Should the media take the blame for reporting that? Absolutely, not! Such is the complexity in reporting the current White House.

These complexities notwithstanding, one principal reason to reconsider the fixation on Trump’s personality in the news is because journalism outlives governments. Trump administration will become history in eight months or four years assuming he wins the November elections. Governments come and leave, but the state stays and journalism will ever remain to protect the state. After all, journalism is older than the United States as a country and will continue to monitor future administrations.

Dr. Uchenna Ekwo is of the Department of Mass Communications, Medgar Evers College, The City University of New York

The challenge of moderating 2012 presidential debates