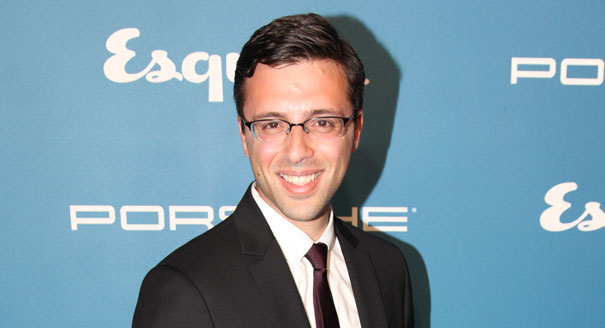 Almost all media organizations proclaim their commitment to accurate and objective reporting for the public good. The reporters and other media professionals who work in these organizations reap personal benefits from their institutions’ claim of impartiality. Consequently the reputation and credibility of journalists who work in media houses hit the roof when readers, listeners or viewers acknowledge their expertise.

In most countries journalists are not very rich in terms of their pay check but they make up with the money they make on the side as a result of their fame. For example, their outsized personalities attract huge sums of money to hire them for speaking engagements, product or service advertisements and so on.
Becoming stars in the media has implications for journalists and media organizations as well.

A notable star in one medium has the potential to drive more audience to the media organization in question but overtime, the individual star outgrows the organization and subsequently severs ties.
This is the perspective with which to view the recent report today about the exit of Ezra Klein of the Washington Post from the organization.

As reported by Politico, for nearly five years, the Post has steered a bounty of financial resources to its star economics columnist and blogger. It has allowed him to have a contributor deal with MSNBC, a column with Bloomberg View, and to write long-form for The New Yorker. It has provided him with eight staffers to keep Wonkblog, his popular policy vertical, flowing with up-to-the-minute charts and analysis. The PR department has promoted him in profile upon profile.

Big media institutions go to great lengths to feed the egos (and pockets) of their growing stars, cultivating their image and reaping the rewards of high traffic. But when that brand becomes too expensive, or so big it threatens to outshine the institution itself, the institution is forced to let it go.
Klein is only the latest marquee journalist to outgrow his organization and launch a new venture. Nate Silver, the star political statistician, left The New York Times last year to reboot his FiveThirtyEight enterprise in affiliation with ESPN. AllThingsD founders Kara Swisher and Walt Mossberg left The Wall Street Journal to launch a new tech news site with the backing of NBC Universal. David Pogue, the former New York Times tech columnist, went to Yahoo, where he is spearheading a new tech vertical. Glenn Greenwald, the former Guardian journalist, launched First Look Media with the backing of eBay founder Pierre Omidyar. Andrew Sullivan, the blogger hosted first by The Atlantic and then The Daily Beast, is now funded directly by his readers.

For Klein, the temptations of independence are as clear as the pitfalls. On the one hand, he’ll have more money, notoriety and editorial freedom, and, perhaps most appealingly, the opportunity to build a new business he can call his own. On the other, he’ll be threatened by the prospect of failure, of waking up one day without enough clicks and realizing he actually wasn’t bigger than The Washington Post. (Klein declined to be interviewed for this piece.)
It is a dilemma that many of Klein’s predecessors have struggled with: The appeal of freedom weighed against the safety and protection of a venerable news brand.
“I tossed and turned on this decision for months,” Pogue said of his decision to leave the Times for Yahoo. “The Times is the pinnacle of prestige, and I truly thought I’d be there until the day I croaked. But Yahoo offered the prospect of so many new creative outlets that I would never be able to develop on my own. … Ultimately, I couldn’t resist.”

For the Post, like other publications before it, the decision is financial, media analysts said. In order to generate its own revenue, a Klein venture would likely require new ad revenue, subscription sales and events. But the Post is already heavily invested in building its core brand, which is The Washington Post. To take on Klein’s project would likely demand sacrifices elsewhere.

“It demonstrates that [Bezos] is indeed a capitalist. That is, he doesn’t see his Washington Post purchase as a philanthropic venture,” Bill Grueskin, dean of academic affairs and professor of professional practice at Columbia Journalism School, said. “It’s very hard to see how a Washington Post site could ever generate the kind of revenue that would meet, much less surpass, [a $10 million] expense base.”

Parts of this article were culled from Politico.com with additional commentary by CMPI