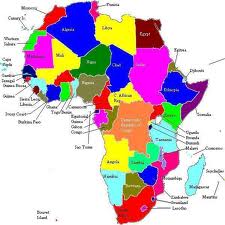 Depending on your source of information, there are reasons for optimism or pessimism about the future of the continent.  Africa, according to some analysis is now considered the destination of choice for investment from the East and West; its economic growth out paces most member states of the European Union. But Africa still harbors considerable political instability despite developments in democratic governance; and the much touted economic growth is dicey as control of its resources remains in foreign hands.

What have been the contributions of the media in the form, reforms, and deforms that occurred in Africa in the past 50 years?

An attempt to examine the media’s role in Africa march towards full democratization informed the decision by the Center for Media & Peace Initiatives to host a conference under the theme Understanding Africa’s Waves of Democracy: Media’s Impact on Global Policy and Perceptions on May 28, at the Conference Hall of the African Union Mission to the United Nations in New York.

The conference will go into two plenary sessions: The first panel will discuss Democracy, Development and Defense. The panel will explore the political and socio-economic challenges that confront Africa and reflect on the prospect of citizen participation in governance while the second panel will investigate Media, Democratic Governance and Sustainable Development in Africa. The role of the media and the challenges they face in their efforts to nurture fledgling democracy, as well as their role in influencing the needed leadership political and economic reforms will be the focus of deliberations.

The Zambia’s Ambassador to the United States, His Excellency, Palan Mulonda is expected to present the keynote address to the conference while Jennifer Dunham, Senior Research Analyst, Freedom of the Press, Freedom House, New York will speak on “Freedom of the Press in Africa: Trends, Tribulations, and Triumphs”.

With the Arab Spring still fresh in the minds of Africans and the world, Osama Abdelkhalek, Deputy Permanent Representative, Mission of the Arab Republic of Egypt to the United Nations will provide insights into Egypt’s March to Genuine Democracy.

“The Changing Media Landscape in Africa: Options for Leaders, Citizens, and Journalists” is the title of the presentation by Mohamed Keita, Africa Advocacy Coordinator Committee to Protect Journalists, New York and Chibaula Silwamba, Head of Press and Public Relations, Zambian Mission to the United Nations is expected to wear double hats as journalist and diplomat in discussing “Media and Civil Society in Southern Africa, and Defense of Democracy, and Development”.

The conference coordinator is Dr. Uchenna Ekwo is a professor of Public Affairs and Administration, Rutgers University in Newark and President at the Center for Media & Peace Initiatives, New York. Dr. Ekwo is committed to re-branding the image of Africa in the international arena. He has worked with several African governments, policy makers, and organizations to encourage sociopolitical reforms in the continent.

A trainer and frequent speaker at international conferences, Dr. Ekwo recently addressed the Pan African Parliament in South Africa where he made a case for a continental media network to tell Africa’s story to the world. His experience in journalism, scholarship, and leadership as well as deep cultural intelligence is manifest in his coordination of several workshops, seminars, and training programs related to socioeconomic empowerment of Africans in Diaspora.

The fading influence of newspaper endorsements of politicians