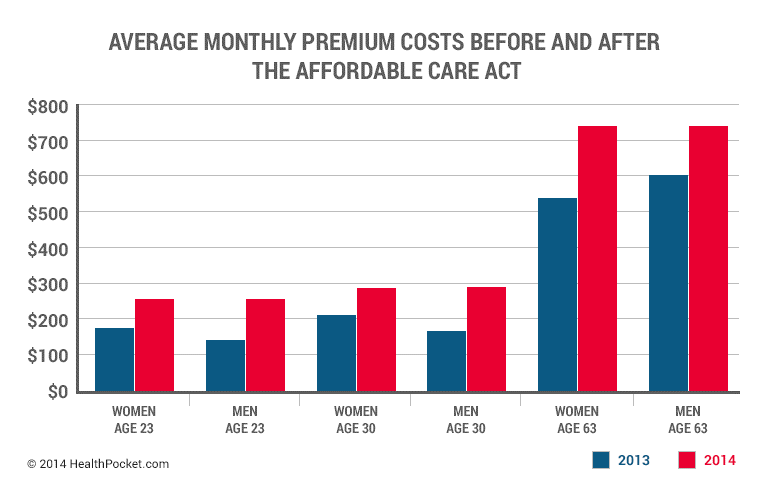 Obamacare makes it illegal for insurance companies to discriminate against pre-existing conditions. So there is no reason to buy insurance when you are healthy…you can wait until you get sick and buy insurance then. So insurance companies have fewer and fewer healthy subscribers from whom they can collect more money than they spend on caring for them, and more and more sick subscribers who cost the insurance a lot to care for. So the companies have to raise premiums and deductibles, this makes healthy people EVEN LESS willing to buy insurance before they need it. This is not brain surgery…it is as simple as that!

The tax-penalty for failing to get insurance was supposed to prevent this problem, by motivating people to buy insurance even when they are healthy. But the penalty is way too small. Too many healthy people are choosing to pay it rather than buy insurance they do not yet need. So the companies keep raising premiums and deductibles in order to pay for subscribers who are increasingly mostly already sick.

Now, enough of the problems and let’s talk about the solutions. There are two possible solutions: EITHER massively increase the tax penalty for failing to buy insurance….multiply the penalty by a factor of 25 or so…OR scrap the whole idea of for-profit health care and switch to a non-profit single-payer system. I think the later is a better solution. For-profit health-care is an intrinsically flawed idea, for reasons similar to the reasons for-profit policing and for-profit national defense are flawed: when you need them, you cannot do without them, and the providers are in a position to commit all kinds of abuses if motivated by profit. For-profit health-care can only work in a population whose average age is less than 35 years old, when most health-care is optional.

Every industrialized nation on earth understands this. We are still in denial about our age and mortality, trying to pretend we are still in our mid 20’s. I understand that no matter how clear and cogent this explanation is, most people are just reactive and emotionally charged group who fundamentally dislike the idea of America’s equal opportunity and fundamental fairness. They are good people but just are immune to facts, analysis and live in a dark alternative reality ruled by absolute contempt for the majority of Americans. BUT we must continue providing those critical thoughts and analysis.

More efficiency in health spending is laudable but should not be masks for depriving citizens of America the “essentials” of humane civilization. When grandma can no longer function alone at home, the otherwise conservative voting and taxation averse head of household won’t denounce “entitlement” when the first $10,000 a month nursing home bill for grandma arrives, he’ll say thank God for Medicaid/Medicare !!

Eliminating medicare, medicaid or Obamacare or reducing these programs specifically designed to help the poor survive in a ruthless and often brutal top down-economy does not reflect sound financial thinking. It reflects a profound lack of imagination, combined with a cruel disregard for the lives of working people, children and the elderly. When a significant share of the population is struggling to meet basic needs and unable to provide for healthcare or retirement, while a tiny few at the top live lavishly off their labor, it is disgusting to whine that the wealthy few pay too much and the underpaid too little.
It is in this connection that the 60 attempts made by opposition Republicans to repeal the law can be evaluated. For 6 years, the party is yet to produce an alternative version of the law for consideration by the American voters. Even Trump does not have a plan. It is not enough to oppose the law without proposing an alternative. Or should the 20 million Americans with Obamacare go where to get insurance?
A selfish culture of wealth is the death of civilizations. There will always be a selfish subculture of wealth because of congenital psychopaths, but it is necessary to contain and limit it, and cultivate instead a responsible culture of wealth. The founders understood this. The Confederates did not. The myth that greed is good makes for good movies. Sadly, reality is another story entirely.

What’s the connection between hunger and lawlessness?