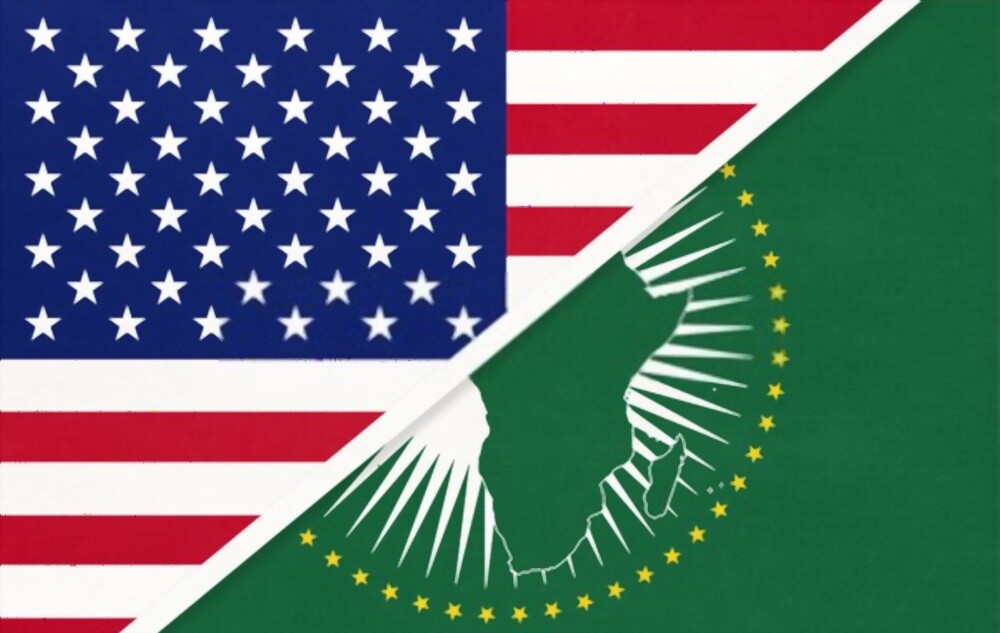 
According to the latest U.S. Census figures from 2018, about 2,403,564 foreign-born Africans live in the country. Brookings noted that in 2019, remittance flows to Sub-Saharan Africa were recorded to be about $48 billion (about $150 per person in the US), which exclude those sent back to the continent through informal channels which might be even larger amounts. This demonstrates the ties that the diaspora community has continued to maintain with their continent of origin, despite being citizens elsewhere. In July 2021, the Biden administration announced its plans to utilize the African diaspora in the United States to foster its trade presence in Africa. As per the US Commerce department officials, the administration desires to work with people who grasp the social nuances of Africa particularly cultural gaps whereby, in this case, the diasporas seem to fit properly.

In recent years, the US-China competition has intensified extensively, whereby Beijing is considered the largest trading partner and investor in Africa compared to its Washington counterpart. Therefore, these new arrangements and plans to leverage on African diasporas if they bear fruits might be a backdoor for the US to counter China’s influence in Africa. But how can Africa as a continent benefit from the proposed US trade plans without being a battleground for the two major competitors in the context of global trade warfare? By ensuring that local Africans across the continent are provided leadership development, business management and inroads to ongoing initiatives and campaigns that create sustainable economic growth. This will create social-equity engagement for traditionally neglected ecosystems across the diaspora while defining new opportunities for rising generations. Subsequently, Africa will need to fully embrace a non-aligned policy with either of the parties to avoid being in a dilemma of trade warfare between the two major economies. Moreover, Africa has an opportunity to engage and do business with both parties and any other trading partners without compromising itself as a trade battleground for the superpowers.

Notably, in its seventh aspiration of Agenda 2063 Africa aspires to be a strong, united, resilient, and influential global player and partner, however, without accumulating sufficient economic muscles to have a strong voice at the global decision-making table this vision will be far from possible. Concisely, it will only be feasible to liberate Africa economically; if the continent receives enormous beneficial trade investments that will bolster its economy and industrial sector on a win-win basis at large. The stronger its economy becomes, the more it positions itself as an important player in global affairs. In this case, as the US plans to leverage the African diasporas to trade across the continent, it may also be two-way traffic for Africa to benefit. This entails the benefits that would be stimulated by its diasporas via acceleration of investment flows into the continent as well as promoting its industrialization agenda. Additionally, the ability to deploy high tech skills transfer, infuse local economies, and expand export capacities – can demonstrate the future growth potential of the continent and raise its profile as a major player in the 4th industrial revolution.

In 2012, the African Union recognized the importance of the participation of people of African origin living outside the continent, in the socio-economic development of Africa. This included accepting the diaspora as its Sixth region and additionally establishing a specific division within its commission in Addis Ababa; to catalyze rebuilding the global African family in the service of the growth and integration agenda of the continent. AfCFTA or The African Continental Free Trade Area is a free trade area founded in 2018, with trade commencing as of 1 January 2021; created by 54 out of 55 countries through the African Continental Free Trade agreement. Now that AfCFTA is operational to promote intra-trade relations across the continent, and the US government plans to use the African diaspora to promote its economic and commercial agenda – there has never been a more opportune time to engage multicultural founders, analysts, investors, change catalysts and more to lead the forge in accelerating sustainable development in Africa. This includes penetration in the US markets by exporting African-made products, sourcing select agriculture and expanding growth in promising industries such as energy, infrastructure, health, and wellness and more.

The African continent should not only have a small slice from its diaspora from the remittances from US engagement, additionally it should see accelerated expansion of job opportunities for most of its unemployed youth and disadvantaged populations, particularly women. As Biden’s infrastructure bill specifically allocates tens of millions of dollars for these efforts, engagement with organizations that are familiar with experiential programming, ecosystem development and scaling companies in developing countries is essential to a successful launch. In addition, the diaspora community may provide a platform for smooth implementation of SDGs, Agenda 2063, and Science, Technology, and Innovation Strategy for Africa (STISA-2024) through skills development and technological transfer to their countries of origin. This considers the benefits that Africa will get through the imports and exports opportunities created by the AfCFTA initiative within the Member States. African countries should also integrate the diaspora community into their national strategies and development vision to ensure that the attainment of these development frameworks is a success.

Finally, while the US is building its trading in the continent back better through the African diaspora, Africa should take advantage of the process considering its family ties with them as long as there are comprehensive and mutually beneficial trading relations for both parties. These benefits include highlighting effective strategies of engagement, selecting key organizations that maintain cultural competency and respecting the ongoing relations that will need to be cultivated beginning with the US and Africa and across the diaspora.

The War in Nigeria