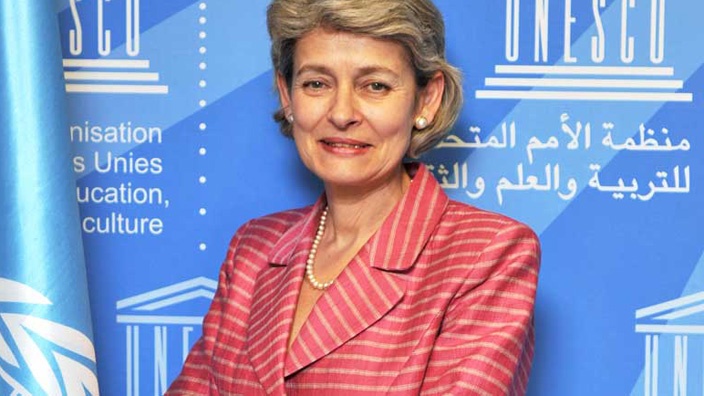 The United States lost its vote at Unesco on Friday, two years after cutting off its financial contribution to the organization over the admission of Palestinians as full members. The move undermined America’s ability to exercise its influence in numerous countries around the globe through the United Nations agency’s educational and aid programs, according to Western diplomats and international relations experts.
Under Unesco’s constitution, any country that fails to pay dues for two years loses its right to vote in the Unesco general assembly. The United States ceased all support for the agency in 2011, following a vote at Unesco to give Palestinians full membership. Congress enacted laws in the 1990s decreeing that the United States stop providing money to any United Nations agency that accepts Palestinians as full members.
It was the first time that the United States had voluntarily given up its vote in an organization it belongs to, diplomats here said.
“I deeply regret this,” Irina Bokova, Unesco’s director general, said in an interview Friday at the agency’s headquarters here. “This is not some kind of punishment on behalf of Unesco for nonpayment. It’s just our rules.
“We’ve lost our biggest contributor; this has a bearing on all our programs,” she said, adding that it was not just a matter of financing.
She said the agency would miss the voice of the United States on issues like freedom of expression and girls’ education. Ms. Bokova, a Bulgarian who has led the organization since 2009, traveled to Washington in 2011 to try to persuade American lawmakers to change the legislative language after the initial funding cutoff.
The Obama administration tried to push through such a change last year, but failed.
The American ambassador to Unesco, David T. Killion, speaking at the Unesco general conference, now under way in Paris, noted that the United States had been involved in the United Nations Educational, Scientific and Cultural Organization since its beginnings in 1945 and promised that it would remain involved. “The United States is at the table,” he said.
He praised Unesco for its role in consensus and peace building, saying that the agency was important for American work abroad.
“Unesco is a critical partner in creating a better future,” said Mr. Killion, adding that the Obama administration was committed to getting funding restored so that the United States could pay its dues and regain its position as a voting member.
“We will not rest until we succeed,” he said.
Before withdrawing its financial support, the United States provided about $70 million, or 22 percent, of the agency’s annual budget, and the suspension was felt almost immediately. Some Unesco staff members were laid off and programs and projects delayed, including some that could have potentially benefited the United States. In an effort to make up the shortfall, Ms. Bokova created an emergency fund and got contributions from Saudi Arabia, Qatar, Norway and other countries. But she said she did not think that it would be possible to raise that money again this year, and that there would have to be more program cuts.
Diplomats predicted subtle effects of the loss of America’s vote, as well as some concrete ones.
For instance, it is less likely that two American sites on the list to become World Heritage sites certified by Unesco will win approval. One is an ancient civilization site known as Poverty Point, in northeastern Louisiana, and the other is a group of Spanish missions dating from the 18th century in San Antonio. The Texas project was expected to create at least a thousand jobs and both sites were expected to benefit from increased tourism.
More far-reaching is the reduction in the United States’ ability to exercise its soft-power influence throughout the world, said Esther Brimmer, a former assistant secretary of state for international organization affairs, who now teaches at George Washington University.
“Twenty years ago the U.S. was the only one; now there are other countries playing the soft-power game,” said Ms. Brimmer, noting that the Chinese deputy education minister had been elected as the head of Unesco’s general conference.
Ms. Bokova, the Unesco director general, emphasized that the agency has given the United States a platform to promote its values of democracy, education and human rights in places that are often hostile to or suspicious of direct American involvement. With the United States in a weakened position and Unesco with less money, she said, some of that influence will diminish.
“Unesco is a viewed as a neutral stakeholder,” she said. The United States’ reduced voice at the agency will make it more difficult for it to advance its interests in countries like Iraq, Afghanistan and Pakistan, where Unesco has programs that the United States has strongly backed, including literacy for girls, she said.
Culled from New York Times