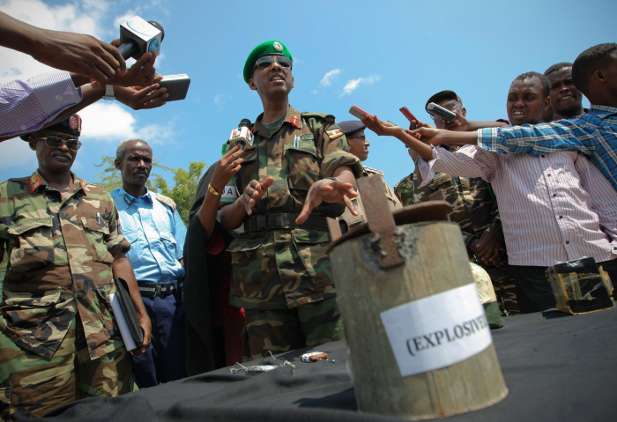 The “Africa Rising” narrative that reflects GDP growth of many African economies is strongly supported by sub-Saharan governments, African popular opinion, and by business interests, at home and abroad. Mohamed Keita from the Committee to Protect Journalists (CPJ) writes a salutary reminder that the authorities in too many cases try to suppress home media challenges to this positive and optimistic narrative.

His “Pressure on Journalists Rises Along with Africa’s Prospects” appears in the Committee to Protect Journalists 2014 edition of “Attacks on the Press: Journalism on the World’s Front Lines.” His bottom line: “…the insistence on positive news remains a significant threat to press freedom in Africa.”

Keita provides arresting examples of the Kenyan, Ethiopian, Nigerian, and even South African governments castigating journalists for being “too negative,” and even unpatriotic by not reporting enough good news. Of course, as Keita points out, there are nuances as to the question of whether Africa is really “rising.” Questions range from the frequent failure of economic growth to trickle down to the mass of the population to Africa’s vulnerability to a slow down in China’s economic growth.

Of course even in highly developed Western democracies, political leaders and even the general public often rail against the media for being too negative, or “only reporting bad news.” But, in countries where institutions and the rule of law are strong, such sentiments pose little threat to journalistic practice and the freedom of speech. Where institutions of governance are still developing, however, official intimidation or worse poses a real threat to freedom of speech and the media, notwithstanding what a constitution might say.