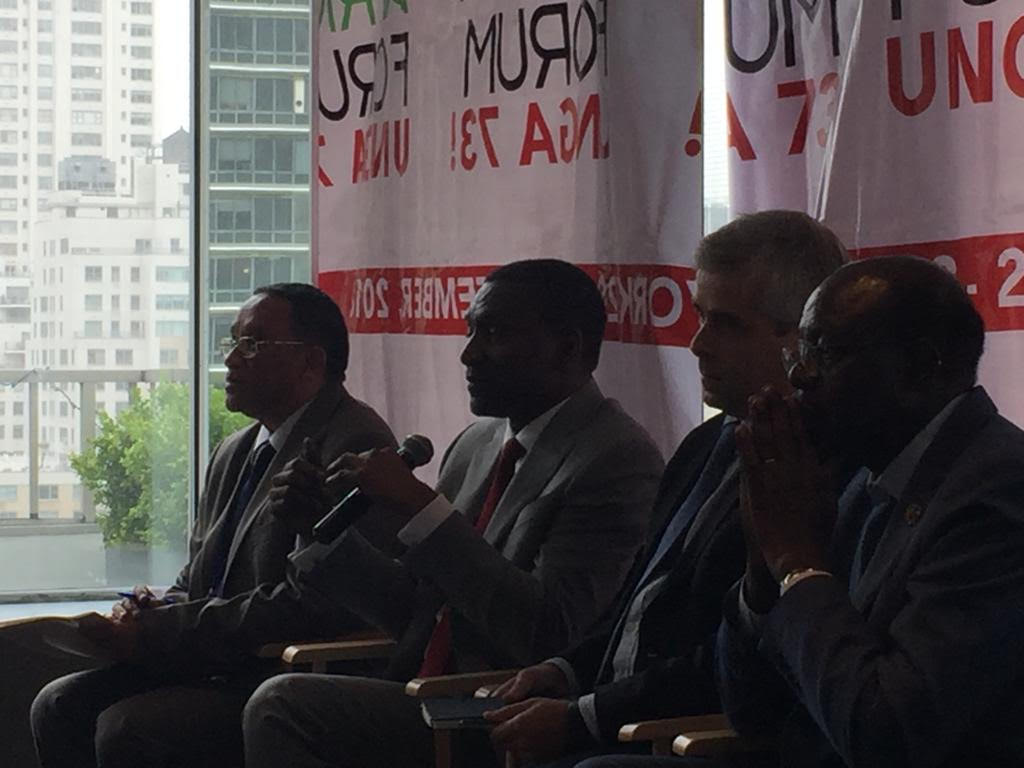 A leading Nigerian business entrepreneur, Alhaji Sani Dangote is of the view that greater investment in agriculture is key to Africa’s sustainable development. Contrary to the widely held view that development of infrastructure was central to Africa’s future, Alhaji Dangote, the Chief Executive Officer and Vice President of Dangote Group of Companies argued that instead of borrowing money to finance infrastructure development, African governments should invest foreign loans into mechanized agriculture and agricultural processing to guarantee food security and youth employment.

Speaking on “financing sustainable development agenda in Africa: where should we be looking” at The Africa Forum in New York, Dangote noted with regret that borrowing money for infrastructure development in Africa often breeds corruption thereby condemning future generations to unpaid debts.

Dangote, who spoke along with Dr. Mukhisa Kituyi, the Secretary-General of United Nations Conference on Trade and Development – UNCTAD) maintained that a renewed investment approach in agriculture had the potential to change the current apathy towards agriculture by the youths – the greatest segment of Africa’s population.

Dangote’s emphasis on collaboration between African governments and private investors in agriculture seems to be in tandem with the recent report of the World Economic Forum on Africa’s infrastructure paradox.

According to the 2015 report: “It’s when private-sector resources are combined with the public-sector support that project preparation can be successful. This, in turn, strengthens the prospects for sustainable infrastructure development, leading to economic growth and social progress.”

Sani, the younger brother of Africa’s richest man, Alhaji Aliko Dangote spoke of the formation of Nigeria Agriculture Business Group with the mandate to make farming more attractive to young people in the country.

He contended that the engagement of the youths in agro-processing remained the bedrock of innovation and technological development in the continent.

In a presentation, Dr. Kituyi of UNCTAD enjoined African countries to learn how to trade with each other, stressing the need to invest in the improvement of infrastructure as a deliberate policy to bring about Africa’s integration.

The UNCTAD chief provided some insights into the African Continental Free Trade Agreement – a framework agreed by 44 African heads of state and government in Kigali, Rwanda early this year.

Although the AfCFTA is yet to be fully ratified by the entire 44 countries, Kituyi expressed optimism of the pact – one of the world’s largest free-trade areas in terms of the number of countries, covering more than 1.2 billion people and over $4 trillion in combined consumer and business spending.

In a keynote address, the Minister of Foreign Affairs and Trade Promotion, the Republic of Malta, Mr. Carmelo Abela spoke of his country’s renewed interest in Africa with the establishment of a diplomatic mission in Ghana – the first in sub-Saharan Africa.

He acknowledged how his jaundiced view of Africa changed after a visit to the continent, a testament to the negative image of the continent fostered by the international media.

While Macomber of Harvard Business School was more interested in access to capital, technological solutions, and ability to create a credit system in Africa, Alicia of IREX stressed the importance of shared vision, information, and skills to strengthen partnerships for a peaceful and prosperous Africa. Macomber was of the view that the ability to attract people with credit to increase lending could help to build a credit system similar to most western economies.

Panelists agreed that policymakers in the continent should do a better job of encouraging domestic investment rather than investing in foreign countries such as buying houses in major capitals in London and New York. At the same time, the continent should embrace openness in the form of free press and open date rather the current attitude of secrecy.

The key to unlocking Africa’s potential said Mr. Bob Kayihura – an Ugandan-American is embracing the teaching of science, technology, education, and mathematics in schools to guarantee the future of the younger generation.

The Africa Forum was part of the side events for the 73rd United Nations General Assembly hosted by Joseph Hammond – an award-winning journalist and Fulbright fellow and Director of Communication of Commonwealth Africa Initiative. 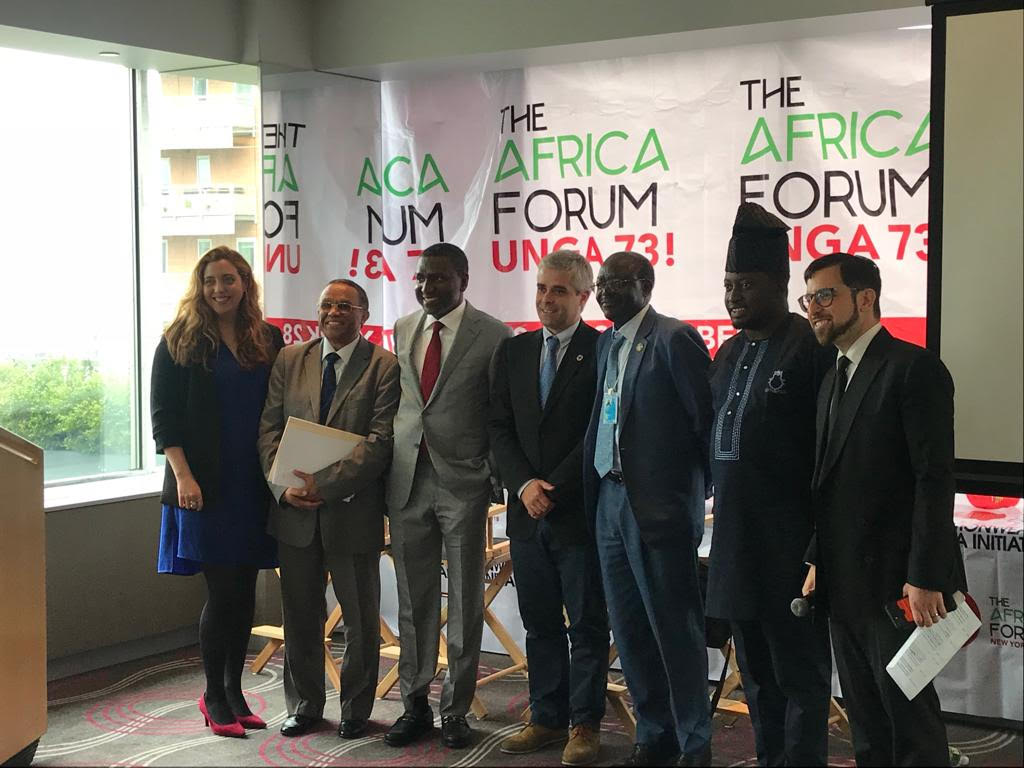 “South Sudan, most food insecure nation in the world”

Abandoned! The uncertainty of the Africa House in New York