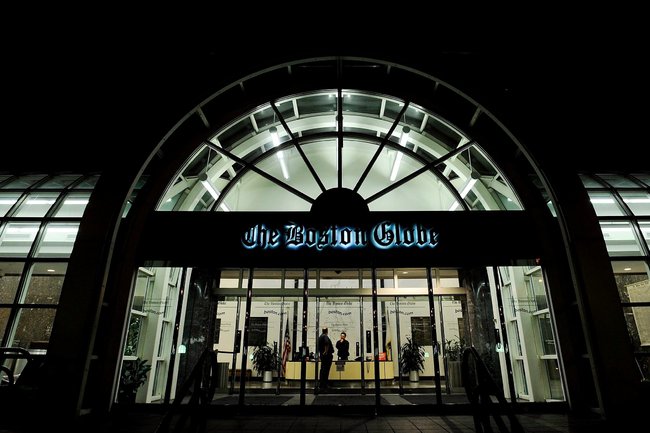 In a further sign of the dwindling fortunes of newspapers in the United States, The New York Times Company, in its latest move to shed assets and focus more on its core brand, has agreed to sell The Boston Globe and its other New England media properties to John W. Henry, principal owner of the Boston Red Sox.

The sale, for $70 million, would return the paper to local ownership after two decades in which it struggled to stem the decline in circulation and revenue. The price would represent a staggering drop in value for The Globe, which The Times bought in 1993 for $1.1 billion, among the highest prices paid for an American newspaper.

At the time, The Globe was one of the nation’s most prestigious papers in a far more robust newspaper environment. But like other newspapers, it began to lose readers and advertisers to the Internet, and revenue plummeted. The Times Company has taken several write-downs related to the New England Media Group, and in February it said it was putting The Globe and other assets in the group up for sale.

For The Globe, the planned sale restores a Boston connection that prevailed for 120 years under the Taylor family, which owned the paper from 1873 until its sale 20 years ago. While not from Boston, Mr. Henry has for the last decade been active in local sports, and his Fenway Sports Group owns the Red Sox, Fenway Park and 80 percent of the New England Sports Network. It also owns the soccer club Liverpool F.C. in the English Premier League.

“This is a thriving, dynamic region that needs a strong, sustainable Boston Globe playing an integral role in the community’s long-term future,” Mr. Henry said in a statement about the sale. “In coming days there will be announcements concerning those joining me in this community commitment and effort.”

In addition to The Globe, the sale includes BostonGlobe.com; Boston.com; the direct-mail marketing company Globe Direct; the company’s 49 percent interest in Metro Boston, a free daily paper; Telegram.com and The Worcester Telegram & Gazette. The Times bought the Telegram & Gazette for $295 million in 1999.

Mr. Henry is buying the media group without partners through his acquisition company; under terms of the sale, he does not have to assume The Globe’s pension liabilities.The all-cash sale is expected to close in 30 to 60 days.

The Globe is not the only paper to sell at a heavily discounted price. In April 2012, Philadelphia’s newspapers sold for $55 million after selling for $515 million in 2006. In October, The Tampa Tribune sold for $9.5 million. In recent talks on the sale of the Tribune Company’s portfolio of newspapers, analysts estimated that the entire newspaper company, including The Los Angeles Times and The Chicago Tribune, was worth only $623 million.

For the Times Company, the New England Media Group was the last big asset in a portfolio it had been downsizing for several years. The acquisition of The Globe in 1993 was part of the company’s strategy to solidify its grip on the eastern corridor advertising sector and to have a presence that stretched from Maine to the District of Columbia. At the time, in addition to its flagship New York newspaper, the Times Company owned 31 regional newspapers, 20 magazines, five television stations, two radio stations and other businesses. It also had a half-interest, with the Washington Post Company, in The International Herald Tribune.

But in recent years, the Times Company has been divesting itself of assets to focus on developing its core title, The New York Times. In 2012, the company sold its 16 regional newspapers. Last year, it sold the About Group to IAC/Inter Active Corp for $300 million. This year, The Times announced plans to expand its global presence by changing the name of The International Herald Tribune to The International New York Times and attracting a new global audience of readers to become subscribers.

The Globe attracted a range of prospective buyers. Among those who expressed interest were Douglas F. Manchester, owner of the U-T San Diego; and a group led by Jack Griffin, the former chief executive of Time Inc., that included Ben and Steve Taylor, whose family sold The Globe to the Times Company.

This week, The Globe reported that Mr. Henry had offered to buy the paper after the sports investment group he had partnered with backed out. Mr. Henry worked with The Times over the last decade on its purchase of a stake in the Fenway Sports Group. In 2012, the Times Company sold its final stake in the group for $63 million.

Like most newspapers, The Globe has struggled to hold onto its readers and the print advertisers who fed its profits for decades. According to the Alliance for Audited Media, circulation at The Globe from Monday through Friday declined 38 percent in 2013 from 2003, to 245,572 from 402,423. Before the Times Company bought The Globe in 1993, it had a weekday circulation of 506,996.

As circulation declined, so did advertising. According to the second-quarter earnings statement released by the Times Company on Thursday, advertising revenue for the New England Media Group dropped 9.5 percent, to $44.4 million, compared with the same quarter in 2012.

After the company’s earnings report, John Janedis, an analyst with UBS, said it was wise for the company to sell The Globe. He estimated that the paper was worth $150 million to $175 million on a cash-flow basis without factoring in pension liabilities.

“The trends at The Globe have been a drag on the company,” Mr. Janedis said. “The New York Times has performed a lot better over the past several years. To the extent that you can refocus on a paper with massive global appeal that has still a very strong core readership and then expand the product offerings, there’s probably more long-term value creation there versus having The Times and The Globe long term in the same portfolio.”

During the time that it was owned by the Times Company, The Globe won eight Pulitzer Prizes, including the 2003 public service award for its coverage of sexual abuse in the Catholic Church. Last November, The Washington Post hired away the paper’s editor of a decade, Martin Baron, who had shepherded The Globe’s coverage since shortly before the Sept. 11, 2001, attacks. In December, The Times announced that Brian McGrory, a longtime columnist and former metro editor, would succeed Mr. Baron. In the early days in his job, Mr. McGrory led the Globe staff through its coverage of the Boston Marathon bombing, which was picked up by news organizations around the world.

As many papers have struggled to remain relevant with younger readers who read more news online, The Globe made some strides at attracting younger audiences. Under the leadership of its publisher, Christopher M. Mayer, The Globe invited technology start-up firms to use abandoned classified advertising space in its shrinking newsroom. It also turned empty space into community spaces where bands visiting the company’s Internet station, Radio BDC, could perform. According to the latest earnings report, the number of digital subscribers grew nearly 70 percent to 39,000 in the second quarter compared with the year-earlier period.

Peaceful Sudan is in sight?