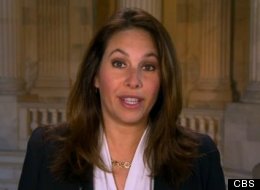 The hallmark of American democracy is the robust debate that occurs in the formulation of public policies. The recent debate on gun violence or gun safety is one of such public policy debates that citizens are entitled to engage in. While the citizens debate the policy in the media, elected representatives of the people use the legislative floor to argue the merits and demerits of such a policy.
Unfortunately, some senators have signaled their intention to prevent such debates in the hallowed chambers of the Senate. Unlike what happened in the days that preceded the US invasion of Iraq when the media failed to scrutinize the Bush Administration’s claims about Iraq’s weapons of mass destruction, CBS News has called out 14 Republican senators for declining requests to be interviewed about their proposed filibuster of an upcoming gun control bill.
A possible interpretation of the refusal of the senators to explain their action before the media is to say that the senators in question have hidden motive they would not like to share with the rest of the populace. What are they afraid of? This is political cowardice in its simplest definition.
The senators—including minority leader Mitch McConnell—are part of an effort, led by Kentucky’s Rand Paul, to block any potential expansion of gun laws in the wake of the shootings in Newtown, Connecticut. On Tuesday’s “CBS This Morning,” congressional correspondent Nancy Cordes reported on the lobbying being done by families of some of the Newtown victims. She then said that none of the potential filibustering senators had agreed to an interview.
“We asked all 14 Republican senators for an interview about their filibuster threat, but none of them were available,” Cordes said.
The show did talk to Republican Jonny Isakson, who said he did not think a filibuster was appropriate.
It is not the first time a news outlet has publicly said it could not secure interviews with opponents of gun control. In December, NBC’s “Meet the Press” and CBS’ “Face the Nation” both went public with their failed attempts to get gun-rights backers on their shows.