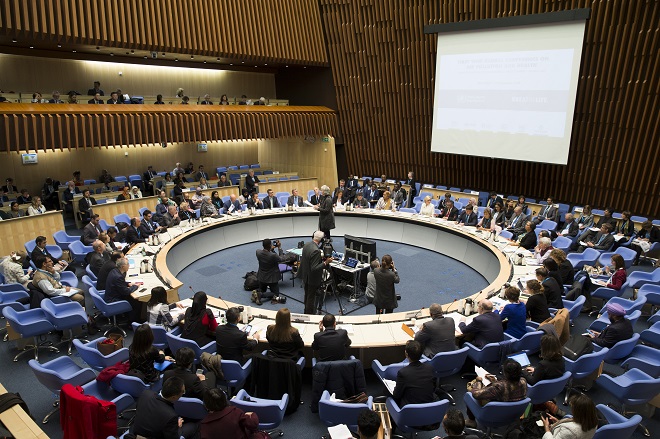 Baring a change in America’s leadership after November 3rd presidential election, the country is set to exit the World Health Organization (WHO) effective July 6, 2021. The Trump administration earlier this week, notified both the US Congress and the United Nations, announcing the decision to begin the process of withdrawal. As the single largest contributor to the global health body, the United States provided more than $400m, about 15% of its total budget in 2019. This move is without doubt a heavy blow to the 72-year old Geneva based organization’s mandate to “promote health, keep the world safe, and serve the vulnerable.”
Trump’s charges against the global health body ranged from the ridiculous to the frivolous, all of which remain largely unsubstantiated. His claims went from painting the WHO as inefficient in obtaining, vetting, and sharing information to accusing the body of being opposed to travel restriction which hurt the US. The most egregious was that China controls the world body because the organization publicly praised China’s response to the Covid-19 outbreak. But the same Trump on Jan 24, 2020 also tweeted:

“China has been working very hard to contain Coronavirus. The US greatly appreciated the efforts and transparency. It will all work out well. In particular, on behalf of the American People, I want to thank President Xi.”

Of course, the President’s position has evolved since he first made that statement. As Covid-19 continues to ravage American lives mercilessly, dimming his prospect for re-election in November, the US President is in a crisis mode and he is lashing out.

The surging death toll across the world amid the worst pandemic tells the story of a virus that is as aggressive as it is relentless and that our worst days are far from over. Ordinarily, Trump’s move would have been unprecedented, but we are not living in an ordinary time. The new America is Trump’s America which regrettably also holds the ignominious title as the world’s epicenter for this monster, thereby making a mockery of Trump’s America first philosophy and dwarfing the world’s giant.

Truth is that America has never before suffered this degree of humiliation. This virus has come to expose the worst leadership concept there is, in the worst possible way. Trump’s America has now achieved an international pariah status to the extent that Americans are not even allowed to travel to Europe. The United States has become the first casualty of a terribly myopic and reckless leadership. Forget about the administration’s notoriously poor initial response to this global health emergency calling it a media hoax. No one could have believed that the greatest country on earth will get to the point of threatening India with retaliation if she failed to ship a certain quantity of chloroquine. But that was exactly what the US president did out of desperation.

In February this year, former Italian Prime Minister, Matteo Renzi told CNN’s Christiane Amanpour that America’s leadership was conspicuously missing today in the global stage. He recalled the strong leadership provided by the Obama White House in 2014 as he rallied other world leaders to contain the Ebola outbreak.

Fact remains that America even with all her flaws has always been the greatest force for good in this planet. Until now, the US had kept to that promise; for her own benefit and the benefit of the rest of humanity. Since the inauguration of president Trump, America has reneged on that promise. Today, there is a gaping hole in leadership at the world stage and the world is beckoning at Xi Jinping to step in. We all need to get ready for the meal China would be serving.

The savage that is Covid-19 has exposed the illusion of thinking that any nation could isolate itself in the name of nationalism, no matter how rich and powerful. It is an irony that the United States that has the best hospitals and medical experts in the world and yet has recorded more deaths than any other country in this planet. It is an affirmation that isolationism and nationalism cannot grow the country in a globalized world.

Today, the world faces a looming threat of a belligerent Russia with her imperial agenda alongside a re-surging and emboldened China that is overly ambitious and makes no pretense about playing by the rule. As we sing the Nunc dimittis (also known as the Song of Simeon or the Canticle of Simeon) to the old American republic, having to decide between these two other powers will surely leave humanity with a Morton’s Fork – a type of false dilemma in which contradictory observations lead to the same conclusion.