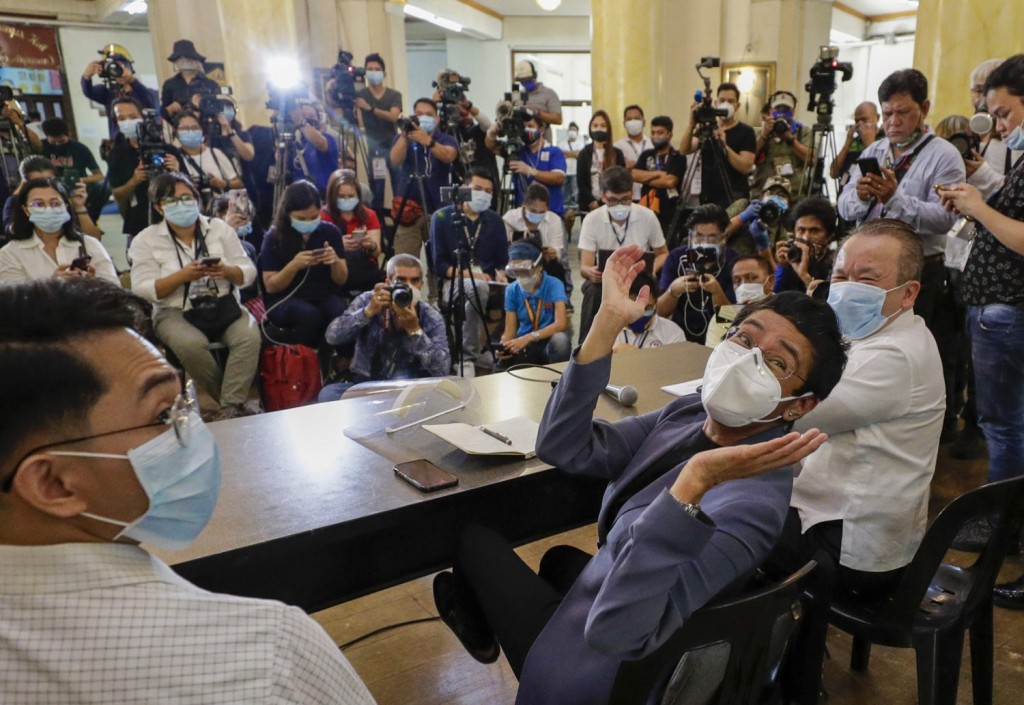 A court ruling against the Philippine journalist Maria Ressa illustrates the erosion of democratic norms, the corruption of institutions, and the compromises of decision makers.
By Sheila Coronel
In a hushed courtroom, with only litigants, their lawyers, and three other journalists present, a judge convicted the Philippine journalist Maria Ressa for an article she did not write, edit, or supervise, of a crime that hadn’t even existed when the story was published.
In sentencing Maria and the story’s author, Reynaldo Santos Jr., to a jail term of six months to six years, Judge Rainelda Estacio-Montesa quoted Nelson Mandela, saying, “To be free is not merely to cast off one’s chains but to live in a way that respects and enhances the freedom of others.”
This is how democracy dies in the 21st century: in a musty courtroom, with a judge invoking Mandela. There are no power grabs in the dead of night, no tanks rolling down the streets, no uniformed officers taking over TV stations. Just the steady drip, drip, drip of the erosion of democratic norms, the corruption of institutions, and the cowardly compromises of decision makers in courts and congresses.
I am old enough to remember the last time democracy ended in the Philippines. On September 23, 1972, Ferdinand Marcos declared martial law, hauled hundreds of journalists, politicians, and activists to jail, and shut down all newspapers and broadcast stations. Suddenly the entire country was hushed. I remember the curfews, the barbed-wire barricades, the silenced streets.
I met Maria when democracy came back to life, after “people power” ousted Marcos in 1986. She had just graduated from Princeton and had returned to the Philippines to start life as a journalist in the country where she was born and that was undergoing a democratic rebirth.
I remember young Maria as a sharp reporter who asked probing questions and threw herself into her work. We were both in the early stages of our career—I was reporting for a newspaper that had reopened after its closure by Marcos, and she was a correspondent for one of the first independent public-affairs programs to air on the newly liberated TV stations. It was a heady time. The press had been unshackled so we could roam the country and report freely on the struggles taking place for the soul of our new democracy. Like other Filipino journalists of that generation, we covered coups, bombings, assassinations, and street protests—the rocky transition from repressive dictatorship to flawed democracy. 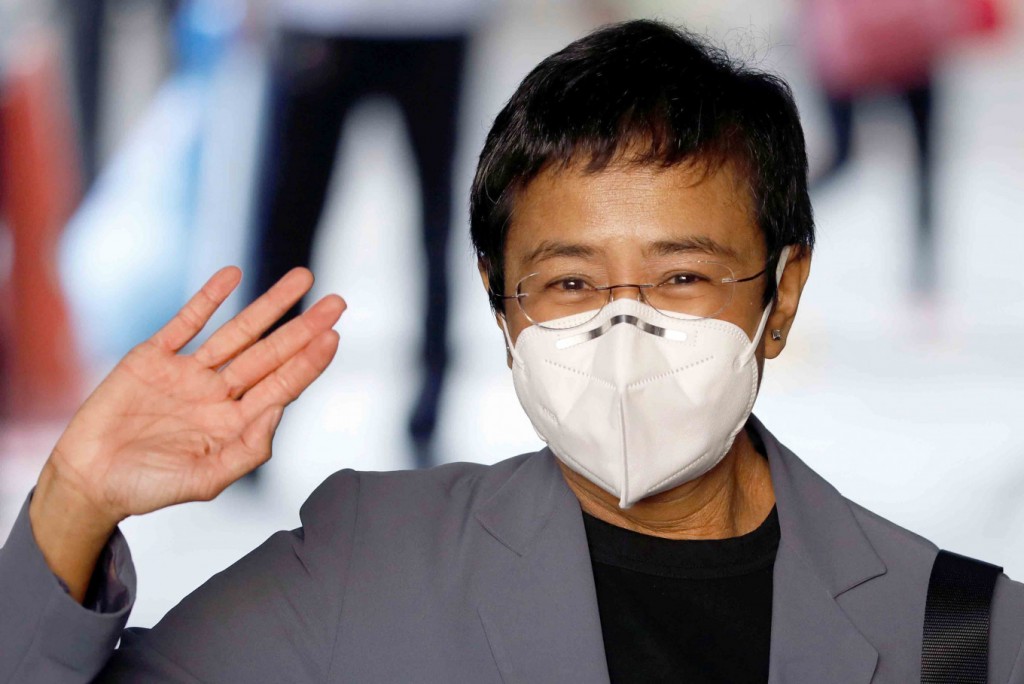 I had faith that when it came to press freedom, the liberal tradition of Philippine courts would prevail. Moreover, our Bill of Rights has a provision akin to the First Amendment of the U.S. Constitution. This is one reason the Philippines until recently was known as having the freest press in Asia. Yet even by that standard, Maria was—and still is—in the words of a friend of ours, “Little Miss Sunshine,” an unfailing optimist and believer in democracy and the power of a free press. It was often difficult to convince her that some things were not possible.
About 10 years ago, she told me she was setting up an online news site after leading the news and public-affairs division of the country’s biggest network. Before that, she was the Jakarta bureau chief for CNN. I was skeptical. Digital news start-ups had spotty success, I told her, and the Philippine media market was crowded. She proved me wrong.
The last time I saw Maria was at breakfast in Midtown Manhattan in January, when she said she was returning to Manila despite warnings of an impending conviction in this case and the possibility of a jail term, ignoring advice that she stay away.
The court proceedings and her conviction can only be described as Kafkaesque. To begin with, Maria’s lawsuit stemmed from a story published by Rappler, the independent news site she co-founded, four months before Congress in 2012 passed a law criminalizing libel online. The businessman who filed suit did so only in 2017, the year after Rodrigo Duterte’s election to the presidency. The plaintiff’s lawyers argued that because Rappler had in 2014 corrected a misspelling in the text of the story—evation was amended to evasion—it had effectively republished the report, and could therefore be tried under the new law. It was a lawsuit built around a typo.
Rappler has been a pebble in Duterte’s shoe since his election. It has a small staff—some two dozen young reporters and researchers—but has consistently punched above its weight. It has reported on Duterte’s bloody war on drugs that has claimed the lives of thousands of small-time drug peddlers and on the havoc wrought in online spaces by a government-funded disinformation army.
Duterte has often railed against journalists—one of several reasons he is often compared to Donald Trump—but has reserved special ire for Rappler. He has banned the news organization from the presidential palace, and troll armies have been unleashed to harass the site’s staff on Facebook. Maria has been threatened with rape and death; she has had to hire private security and occasionally don a bulletproof vest. An armed guard stands outside the Rappler office, near a Manila shopping mall, and its young staff cannot wear T-shirts that bear the Rappler logo for fear of attack. The power of the state has been unleashed against them too: Since 2018, Maria and Rappler have been charged 11 times with offenses including tax evasion and violating a law that bars foreign ownership of the media, which could result in the site being shut down.
Rappler isn’t the only outlet to have faced such pressure. Last month, ABS-CBN, the country’s largest broadcast network, was forced off the air because Congress had not renewed its franchise and the telecommunications commission ordered it shut down. Duterte had long fumed about the network because its owners had supported his rival in the 2016 presidential elections and it had, among other things, published a “Kill List” of casualties in the president’s antidrug campaign. Three years ago, he accused the Philippine Daily Inquirer’s owners of tax evasion, prompting them to invite a Duterte-campaign donor to acquire the paper. In newsrooms across the country, journalists now hold back on stories or subtly soften their critiques, fearful of the president’s wrath.
If anything, restrictions on freedom of speech and the press are getting worse. Last week, Congress passed an anti-terrorism law that would further curtail the media and civil rights. Already, in Manila and other big Philippine cities, new rules aimed at curbing the spread of the novel coronavirus are constraining citizens’ ability to protest peacefully. More than 130,000 were arrested for quarantine violations in just the first six weeks of the lockdown, and the United Nations has expressed concern about the country’s “highly militarized” response to the pandemic.
Maria is fortunate—she can afford to post bail, and high-powered lawyers such as Amal Clooney have taken up her cause. But she also says that she and Rappler have paid more bail and bond money to Philippine courts than the former first lady Imelda Marcos has. She stands accused of accumulating up to $10 billion in ill-gotten wealth during the 20 years she and her husband were in power.
Last year, a local court found the former first lady guilty of seven counts of graft. Out on a $6,000-bail bond, Imelda is still Manila’s party queen. Last July, she celebrated her 90th birthday in a stadium packed with 2,000 revelers.
Maria calls it “death by a thousand cuts,” the way the freedoms we have fought for and won are being chipped away. The edifice of laws and the constitution that we thought guaranteed our rights are crumbling. Where does democracy die? No longer in military tribunals or staged elections that allow the president to rule by decree, but in workaday courts where long-established judicial precedents are cast aside, in newsrooms where journalists self-censor, and on Facebook, where truth and facts are under siege.

SHEILA CORONEL is the director of the Stabile Center for Investigative Journalism at Columbia University.
This article was first published in The Atlantic</em>

The portrait of corruption in Nigeria

What’s the attraction to the spread of disinformation?