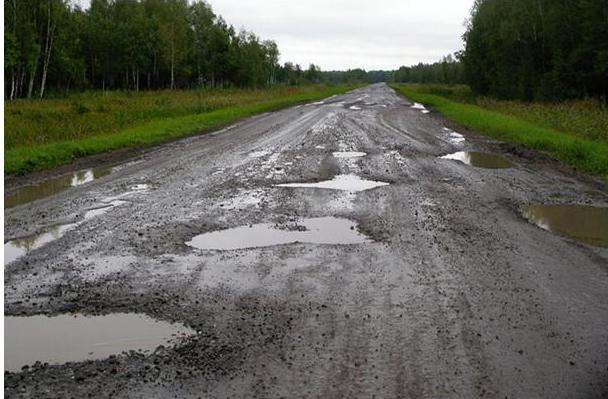 At the mention of Central Province, what goes through the mind of most Kenyans are super highways, huge mansions, well manicured lawns, well equipped hospitals and vibrant economic activities. Kenyans can be forgiven for thinking or imagining that every body in Central Province region is wealthy or doing just fine. This is a utopia created by the political elite and embraced by their opponents to expedite their personal and political agenda. The political elites busk in that imagined glory that all is great in the Central Kenya region while their opponents allege that unnecessarily huge amount of public funds is unfairly unleashed to develop this region. SAD!
By the grace of God, the climate of Central Province is generally cooler than that of most parts of Kenya. This is due to the region’s higher altitude. Since the rainfall is fairly reliable, the region is a key producer of coffee and tea – some of Kenya’s key exports. Moreover, much of Kenya’s dairy industry is also based in this Province.
However, while most parts of Central Province would be described as infra-structurally developed, particularly the new Thika Super Highway, most other parts have long been forgotten. For example, in Lari constituency, places such as Kagaa, Kamburu, Kambaa, Matimbei, Kijabe, Kinale, Kirenga and Nyanduma are sleeping villages. This is interesting given that Lari featured prominently in the history of Kenya’s fight for independence when in 1953, close to 100 people were killed and scores of others injured – the Lari massacre – the day that changed the political situation in the country and led to independence. Today, the poor road networks or lack thereof would make a blind person doubt whether the region actually belongs to the Utopian province.
A Focus on Lari Constituency
The Chinese saying goes, If you have roads you have wealth. This statement sounds literally true, because from an Economist’s perspective, global targets for growth and poverty elimination rely heavily on the efficiency of the transport sector. Forgotten villages like those in Lari lead to social exclusion due to inability to access market, jobs and services because of poor, unimproved or expensive road network. This is not rocket science and any leader ought to understand that lack of good road network is an important element that propels poverty and condemns a society into mental and physical backwardness.
To reiterate the Chinese saying, a reliable and affordable road transport system forms part of the social safety net. It enables trade and employment opportunities to flourish through efficient movement of people, goods and services. It opens opportunities in all sector of the economy including: manufacturing, education, tourism, health and agriculture among others. Indeed, it is a fact that efficient road infrastructure helps reduce cost and comparative distance between trading partners.

Dairy Farming
The dairy farming activity has grown tremendously in the last couple of years. From what would be described as a hobby activity, dairy farming in Lari has been transformed into a full blown business venture. There are a good number of people making more than a decent living from dairy farming. However, almost all the farmers that this author talked to agreed that they are suffering in silence. Suffering may sound like an understatement. Most of those interviewed for this piece, feel like they have had enough share of their miseries due to lack of proper road network.
The farmers agree that dairy farming requires you to put in a lot of effort for you to receive. They reckoned that cows demand constant supply of fodder and clean water. The fodder must be sourced and transported. In addition, the farmers need to sell milk twice or thrice every day. As such, efficient road networks help to increase trade effectiveness, production and maximize returns on investment. The opening-up of markets would make the products competitive on the regional and global trade and increase employment.
In addition, to fodder and water, the dairy farmers require good technical support to be successful. Having qualified veterinary doctor and nutritionist to visit the farm regularly can save the farmers a lot of costs amounting from medical expenses. As a region, to achieve the full potentials, there is the need for an improved road transportation system through an effective as well integrated road network.

Kiambu County was once a hub of tea and coffee, among other cash crops but these activities are slowly being replaced by real estate and greenhouse farming. However, in Lari Constituency, tea farming is still a major income generating activity.
As is the case with delivery of milk to the buying centers, the tea has to be delivered twice each day. The farmers suffer double tragedy as they struggle to walk on the poor roads with heavy burdens of tea leaves on their backs. Sometimes, these farmers have babies hanging on their tired shoulders. Worldwide, many investments in infrastructure are built on the belief that they will lead to poverty reduction and income generation and job creation. Do leaders in the region think this a great justification to invest in roads projects? There is no doubt that the national government has done a great deal of work in the road sector, yet, there is still more to be done. Leaders can only ignore the road infrastructure as one of the sectors of the economy that contributes tremendously to poverty reduction at their own peril.
Mixed Farming
Other farming activities entail poultry, goats, pig, bees, rabbits and others. All these products need to be ferried to the market place. However, lack of effective road network continues to encourage middlemen who mercilessly exploit the farmers. From the farmers who talked to this author, there is general acceptance that economic infrastructure is critical for economic growth and poverty reduction, given its pivotal role in improving competitiveness, facilitating trade and integration of the region to the global economy.
Roads are Public Good
Public goods are those that are neither excludable nor rival. From a public policy perspective, it can be argued that over the years, the efforts of government, has to some extent, bridged the development gap between the rural and urban communities. A number of roads are being constructed across the country to enhance the economic activities of the citizenry. However, Lari constituency remains as a hotbed of terrible road network.
The poor nature of roads in the region has contributed to youth unemployment. For example, farming in Lari remains a business for the elderly as the youth move in droves to look for odd and underpaying jobs in Nairobi. The government can easily reverse this trend by investing in the infrastructure and allowing the free market and trade to thrive.
The question many farmers who talked with this author were asking is whether the government think by providing efficient roads, the cost would exceed the benefits. They argued that the government can surely make everyone better off by providing an efficient road network and paying for it with tax revenue. The farmers also argued that Lari constituents are not free riders. They work hard every day and pay their taxes religiously.
The Cost of Insecurity
Research shows that poverty and insecurity are twin problems of development. Insecurity is a challenge that continues to boggle the minds of leaders across the globe. In regions where many people live below the poverty line, the insecurity only gets worse. For example, many researchers postulate that unemployment contributes to radicalization and help lure many youth into terrorism. The cause and effects of unimproved infrastructure are well documented. The question many farmers in Lari were asking is whether the leaders make any sense of such literature review? The frustration of working hard and getting no meaningful market due to poor road network increases the influx of youth to the urban areas. Consequently, the urban poverty increases leading many youth to be lured to terrorism and other crimes.
In conclusion, the farmers lamented the poor nature of the roads, youth unemployment, poor tea and milk prices that is made worse by expensive transport costs. They are disappointed that their products rot in the shamba because there are no roads to the markets, the proximity to the capital city notwithstanding. The residents reiterated that they have been excluded from the social, economic and political activities due to poor roads. They vehemently believe that this exclusion can be reversed by elopement of an efficient road network. The poor state of the roads, poverty and insecurity have become worrisome and the subject of growing attention by the group of professionals from this region.

The Praxis of Human Security: Evaluating Responsibility to Protect Doctrine