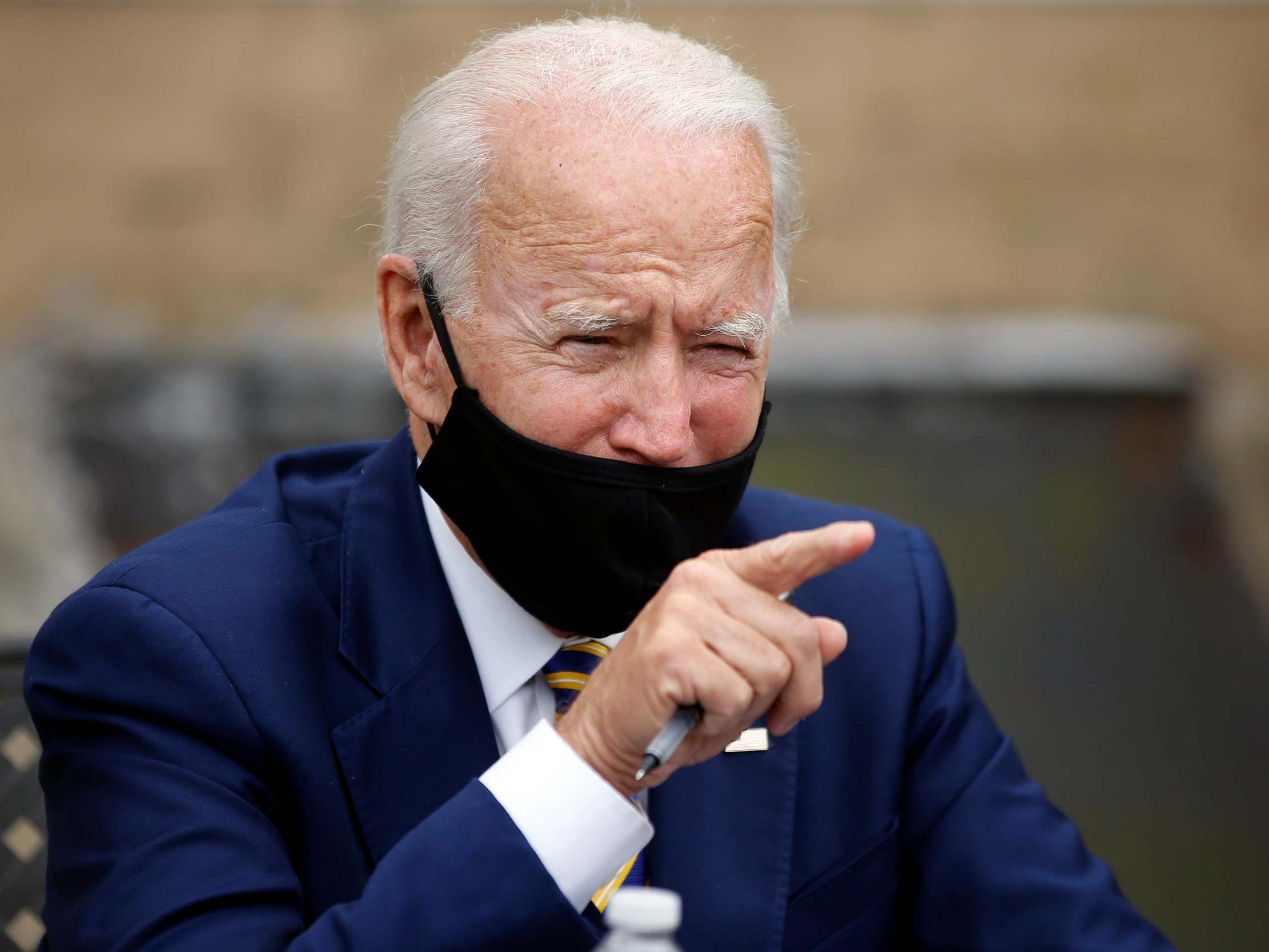 When Joe Biden accepted the Democratic nomination for president on the final night of the Democratic National Convention, he spoke of his national plan to fight the Covid-19 pandemic. Part of that plan, he said, was a national mask mandate.

“We’ll have a national mandate to wear a mask — not as a burden, but to protect each other,” Biden said. “It’s a patriotic duty.”

Vice President Biden is right. In fact, debates surrounding wearing ‘face masks’ are unnecessary. The most bitter truth is better than the most pleasant delusion. This is not the time to become impatient; this is the time to be vigilant with hygiene, be considerate to friends, neighbors, and most vulnerable citizens. This should not be a political issue. Just wear a face mask if you are in public and count your blessings that you have not contracted the virus. The virus doesn’t care about any person’s political affiliation and can kill anyone with underlying medical conditions. Again, the challenge when it comes to wearing masks, is that their use is as much about ensuring that you don’t get other people sick as it is about not getting sick yourself. Admittedly, this sort of forced altruism is a novel concept for many people who are used to only thinking of themselves.  Public safety should not be a political issue. While individuals may be willing to choose to accept additional risk on their own, this level of risk-taking should not be imposed on others…especially in situations where complicating medical conditions are present. God, I cannot tell you how this breaks my heart…just risking other people’s lives to stroke your ego. Having a soft heart in a cruel world is courage, not weakness.

First of all, if you think politicians are more knowledgeable and more credible than medical experts, scientists, and epidemiologists who have spent their entire professional lives studying and fighting disease, then you shouldn’t be participating in serious discussions like this. You are instead preventing a coherent response to the pandemic…which you now acknowledge is real and not a hoax. This plague of death has reared its ugly head to a new level, some of the insane are finally taking notice. They are neither a doctor nor a clinician nor epidemiologist…. just better to keep their mouths shut. Please don’t be stupid. When it comes to this virus, don’t take medical advice from anyone who isn’t a trained, medical professional. This virus in some people will have long term health effects such as heart damage, kidney damage, and lung damage. If you get hit with this virus hard, it will take a while to recover and walk again without getting out of breath. Boris Johnson, (the British Prime Minister) is still recovering and slowly rebuilding his strength. In South Korea, people who had this virus are testing positive again and getting sick again.

Some people smugly compare COVID-19 to H1N1 flu and Ebola. Neither is as contagious as COVID-19, and neither has asymptomatic spread like COVID-19. Ebola doesn’t really spread from person to person in common everyday activity, Flu can, but basically only from symptomatic people. This virus is different. It’s so contagious that it is safe to assume that it will spread like wildfire among children who will then bring the virus home and who will infest their teachers. That’s the real issue. Not the infection in the children themselves because they tend to have mild infections, but the spread to vulnerable adults around them. Critical thinking could prevent that reality from occurring. If stupidity were a virus then critical thinking would be the cure. It should be one of the main focuses of our school systems. The sad part of the whole discussion is that “some people in our county increasingly believe” part of it. It’s the ignorant idea that facts can ever take second place to beliefs. What people believe has nothing to do with it. The problem is that way too many Americans think it does.

Revisiting the Scandal at ICC