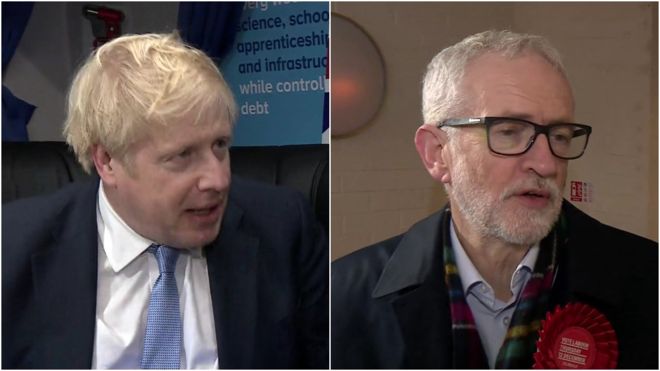 By Uchenna Ekwo
Ostensibly, the upcoming UK general election has been portrayed as an ugly battle over Brexit but, below the surface even uglier questions about race and identity define this election as much as they do the particulars of any trade agreement. In particular this election has focused on issues concerning anti-Semitism in the United Kingdom. The controversy serves as a litmus test for a democracy that has long prided itself on tolerance.
Traditionally, concerns about racism in the UK politics have centered on the Conservative or “Tory” Party. There is no denying that the Conservative push for Brexit was built in part around irrational fears of Eastern Europeans taking jobs and Turks joining the EU. Those instincts haven’t disappeared. In 2018, Boris Johnson stoked fears of Islamophobia with a reference to Muslim women dressed as “letter boxes” – a jibe he apologized for only last week. 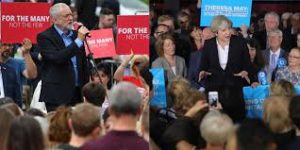 ﻿
The Labor Party on the other hand, has had its own racial questions to answer. The Party despite pledging to protect the UK’s Jewish population continues to associate itself with those who have intolerant and prejudiced world views. Labor leader Jeremy Corbyn is at the center of a nasty row over the issue of anti-Semitism in his party which has deep roots. Polls in the UK show that most Jews feel he is an anti-Jewish racist — the same way many people of color, and in particular Muslims, UK feel about Boris Johnson.
However, the UK is case in point that the simple narrative of racism being a political cancer on the right breaks down even in our populist age. Corbyn, let’s not forget, has described Hamas and Hezbollah as his “friends.” Hamas designated a terrorist organization by the US State Department under the Bush Administration is linked to the Muslim Brotherhood – an Islamist movement with Egyptian roots.
In April 2002, Jeremy Corbyn attended a rally meant to condemn the looming war in Iraq which included anti-Semitic motifs including references to the Nazis. At the rally organized by the Muslim Association of Britain, Corbyn seemed to favor a policy of “no recognition” with Israel. Spokesperson for Muslim Association of Britain (MAB), Harris Bokhari was rewarded when he was named to an advisory board to help Sadiq Khan tackle London’s challenges. This is despite the fact that a UK government report released in 2014 described MAB as being “dominated” by the Muslim Brotherhood – group whose anti-Semitic views are well known.
Boris Johnson and the Conservative Parties have their own issues with anti-Semitism of course. Indeed, the focus on the problem of Islamophobia amongst the UK’s conservatives may have obscured issues around anti-Semitism. The Tory party has launched investigation into three candidates over their own ties to anti-Semitic causes.
Anti-Semitism is on the rise in Europe. A survey released last year by a think tank found that 43% of German citizens and 65% of French citizens described anti-Semitism as a “very serious problem.” That same report found that the UK was one of the countries with one of the fewest number of anti-Semitic incidents of harassment. However, unless both of the United Kingdom’s largest parties work hard to clean up anti-Semitism in their ranks – this could soon change.