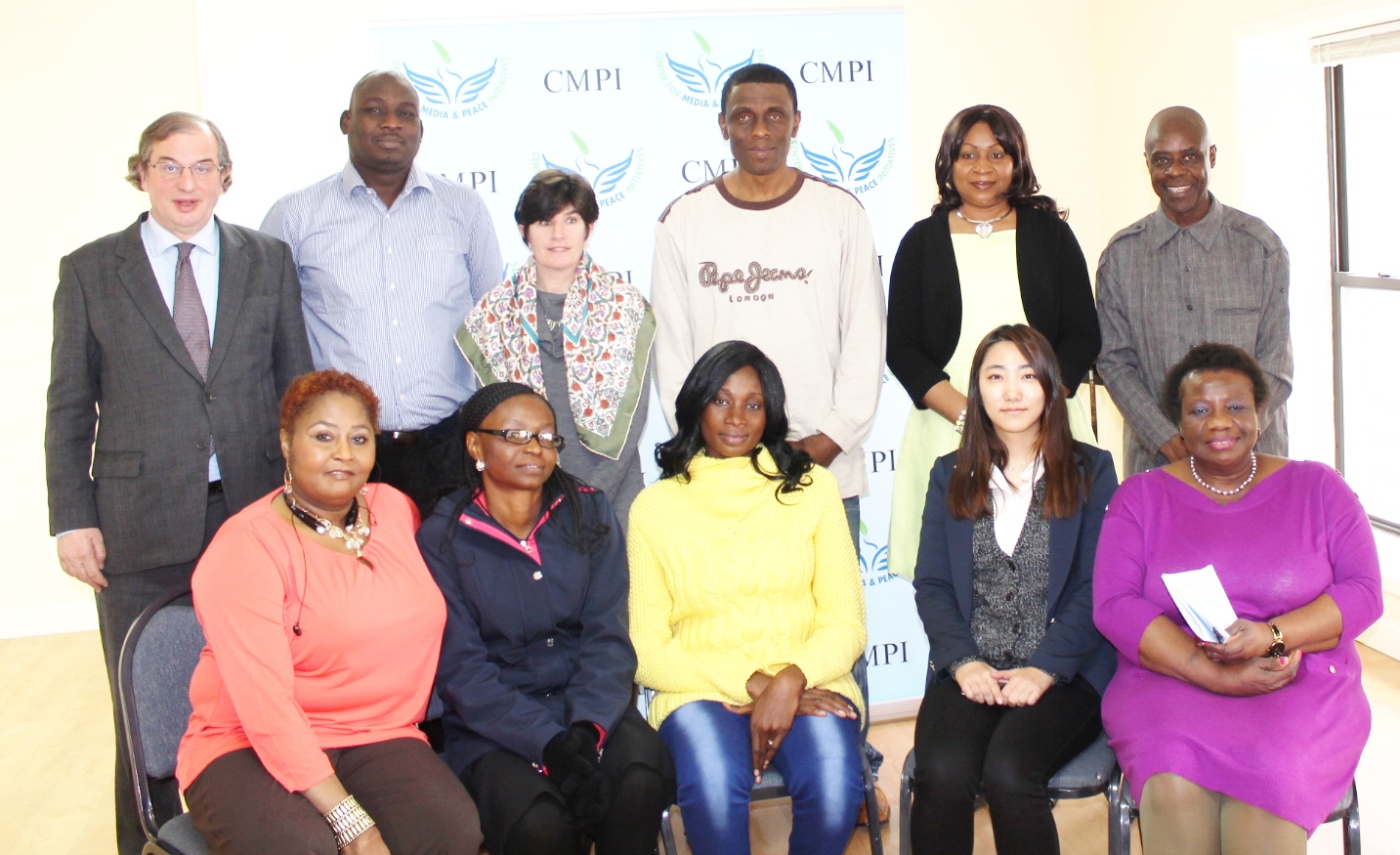 What strategies can women adopt globally to convey messages across different communication platforms? How can more women be empowered to participate with greater efficacy in the communication arena, where many especially in the developing world, grapple with the glass ceiling?

Organized by the New York-based media and public policy think tank, Center for Media and Peace Initiatives, “the workshop was designed to help women around the world tell their stories and share their experiences.” Alcorn State University’s Mass Communication Professor and Interim Chair, Dr. Jerry Domatob served as a lead instructor at a New York workshop on the theme, “Finding Your Public Voice.” He provided an overview of the communication process, focused on writing techniques and wrapped up the three-day event.

Dr. Domatob who served as one of the conference lead discussants, stressed the importance of women’s participation in all human arenas—political, economic, social and cultural—adding that their voices, especially in the communication arena were vital for human growth and development.

“Women who are endowed with formidable talents as their male counterparts need further integration in all economic sectors, including communications so that they can better contribute to human development. This demands that their numbers be increased where they are low, and some recruitment and retention strategies formulated in other cases. Moreover, women need training and education as well as leadership positions. They should acquire, build, own and lead communication channels as proprietors, managers, directors, publishers, and honchos,” Domatob stressed.

“Women have the responsibility not only to militate for a greater share in the communication industry but more. It is incumbent that they enhance their communication skills, develop leadership strategies and collectively mobilize them for individual, community, and universal progress,” Domatob added.

The Founder and President of the Center for Media and Peace Initiatives, Dr. Uchenna Ekwo reiterated the importance of women’s further assimilation in the communication arena. According to this renowned scholar and analyst, “women are an integral part of society who in many social, economic, commercial and cultural contexts and situations lag behind. It is only by making their voices heard, advocating their causes and expressing their opinions that women can become full participants in society.”

The workshop focused on: women’s minimized roles in communication; the communication process with emphasis on Message, Messenger, Medium; Strategic Media Planning and; Social Media as well as Media Strategies such as Effective Writing, presentations and communication tactics.

A participant from Sierra Leone and former Director of Public Relations at the University of Sierra Leone, Ms. Lola Aforo called for what she phrased as “affirmative action in communication” so that women could enjoy some measure of parity in the gathering and distribution of information. Although Aforo’s suggestion might seem a pipe dream, what is clear however is that media ownership around the world is heavily skewed against women as the majority of media organizations are owned and operated by men. Such disparity could explain the imbalance in media access between men and women.

The workshop also featured a film about women in Chad, who occupy a mere 15 percent of parliamentary seats. Nevertheless, women were slowly finding leadership locals in local entrepreneurial ventures and making their concerns heard.

“The situation in Chad is improving, as a few years ago no women held government positions,” Ndjegoltar Gambaye, director of a Chadian TV station, told participants in French. “Awareness about women’s participation is being raised.”

Kahraman Haliscelik, the United Nations Bureau Chief for Turkish television, addressed participants about the future of the media. Stressing the power of independent blogs and social media, Mr. Haliscelik pointed out that people throughout the world are receiving most of their information on smartphones, and computers are becoming passé. Even in developing regions with limited electricity, such as his home village in Turkey, millions of people are accessing the web and social media through cell phones.

“My mother, who until a few years ago could not write a word, now, has a Facebook account,” Mr. Haliscelik said, adding that she uses it to send her children pictures of their goat.

Twitter is the best way to trap a journalist’s attention, according to Mr. Haliscelik. Tweeting a story and embedding the Twitter names of journalists who might be interested in covering it will immediately draw the reporter’s attention, he said, and in case the story becomes big, the reporter will not want to risk passing it over and looking foolish in retrospect, he added. Emails with press releases should have a catchy hook in the subject line that offers a unique angle on a story, so the email can emerge from the daily deluge of releases reporters receive.

A journalist, Mr. Haliscelik explained, must master a breadth of multimedia tools while cultivating refined knowledge of a subject area or beat. With budget cuts across print media outlets, journalists must exhibit the tenacity and skillset diversity of “backpack reporters,” producing complete multimedia packages of text, video, photo and graphics without the assistance of additional staff. Holding an iPhone horizontally, for example, will shoot video in high definition that the reporter can edit and put on the web.

Television news, Mr. Haliscelik added, will soon transition to a platform in which the viewer chooses entirely what he or she watches, and news stories will be presented individually like Netflix episodes. Haliscelik said he anticipates this will augment consumption of TV news because viewers will be able to select stories interesting to them.

Under the auspices of the CMPI, they plan to meet in the Central African country of Chad in December 2015 on the theme: Peace, Journalism & International Security: Combating Extremism. The proposed conference is a perfect fit for the Center’s mission of “communicating innovative and peaceful solutions to global challenges.”