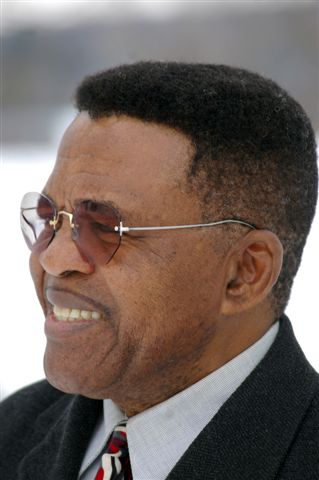 “Though healing is a process that might take awhile
Hope you are steadily improving and feeling better every minute.
We hope, till you are better, you will keep in mind,
and that the warmest of wishes and thoughts are with you.
This brings best of wishes for your quick recovery”.

Signed:
From the Enugu State legislators and people of Enugu

This type of ‘Get-Well’ note is what I would have expected from the Enugu State legislators (irrespective of political affiliation). The Honorable members are respectful and responsible citizens of Enugu State representing their constituencies. We expected them to act honorably and responsibly as far as any members’ health is concerned. As is the culture and custom..ut mos est…in Igboland, we do show humility and concern when friends, enemies or colleagues are suffering from sickness and also do send condolences even in death.
Reading some of the comments about the whereabouts of Governor Sullivan Chime, is like reading bad comedy. I chuckled along as I read some statements from members of the House and the public. Yes, writing as a medical professional and as a public policy wonk; it is clear that most don’t know that health is more important than any legislative maneuvering. There were no attempt to mute their sentiments…forgetting that a word once spoken can never be recalled…nescit vox missa reverti… That the political opposition is reveling on his sickness is beyond me. The word ‘disgusted’ doesn’t even come close to my opinion of their behavior. I would expand on that but I am afraid I’d start using the kind of language I learned reading their invectives. One can only hope (in vain, I fear) that our elected representatives would act in our interests and in good faith. We might disagree much as we want, but such disagreements must not punctuate our civic discourse or against good morals…contra bonos mores… I hope his opponents are not such craven and cynical opportunists.
I have read about losers and winners if the Governor relinquishes power to concentrate on his health or if (God forbid) he is called to eternity. However, if individual gains trump the social good in this our beloved Enugu State, we are on a path to chaos and anarchy. The danger and idiocy of this stance is evident in other states in Nigeria. Without an organized and unified functioning state no one’s right can be protected and no development, period!
Now, as an old acquaintance of the Chime family, having gone to the same Elite Catholic boarding high school (C.I.C) in Enugu and having served his senior brother, Charles Chime of the blessed memory, at the same school….I might be said to be biased. Nevertheless, just read on and decide. There is a way to clear the air (many if I am asked). The spokesman and his aides would be remiss not to try. It was easy to imagine, if impossible to fully comprehend, why the whole health affair was shrouded in mystery. The time is come and pretending otherwise is facetious and delusional. Even if the public has the attention span of a gnat, the social media will always remind them to keep questioning. The social media are intensely alert to the social and political realities of our times. The Governor has faced some scurrilous opposition despite the fact that most of them knew he has been sick. Most Igbos being rational and fair when armed with honest information are forgiving. Please clear the air!!!
In this era of internet and multimedia sources there is no more secret. It still amazes me that some politicians still think otherwise. The real world still intrudes upon this political fantasy. I still remember what an elder statesman told me years ago…that every time we witness an act that we feel to be unjust and do not act we become a party to injustice. Those who are repeatedly passive in the face of injustice soon find their character corroded into servility. Most witnessed acts of injustice are associated with bad governance. The administration of Governor Sullivan Chime is widely considered to have accomplished a lot for the people. This is one of the reasons why the imbroglio surrounding his health stokes consternation among many people. The explanations or arguments given so far are so old that they are moldy and no one is buying any of it anymore. The health of His Excellency should be paramount. Again, we are hoping that the next Governor (whoever he may be) will only continue the good work he has started. However, if winning is the only motive and winning to reverse course or for an economic wreckage, then there is no logic in it.
As I write this, even Martin Bashir an MSNBC show host had to admit he had a small growth in his pituitary gland. He told Fishbowl DC when asked why he was missing from the MSNBC show this past Friday. A lot of people sent and wrote comments praying and wishing him quick recovery. Governor Sullivan Chime deserves some prayers and good wishes for quick recovery.
One shudders to think that we are still surprised about covering up facts in our Nigerian society. As yours truly wrote in another blog, if I could write another non-medical book I would call it “When Truth No Longer Matters”. It is when lying becomes a way of life in a society…a viable means to an end, is widely used for personal or group gain, is frequently rewarded and folks are no longer shocked or outraged when it occurs. A society has “arrived” when people start to decide as individuals whether they prefer the truth and seeking the truth, or they like what the lie says better and so endorse it as “reality” (their “truth”). Alas, the social media has made it much more difficult to accept lying as a parallel reality to truth…despite propaganda linked to money, power and politics. In the age of information, ignorance is a choice.
What I have written, I have written…quod scripsi, scripsi… Well, I will sit back and read all the comments that will follow this. What happens to a society when truth no longer matters? Stay tuned….